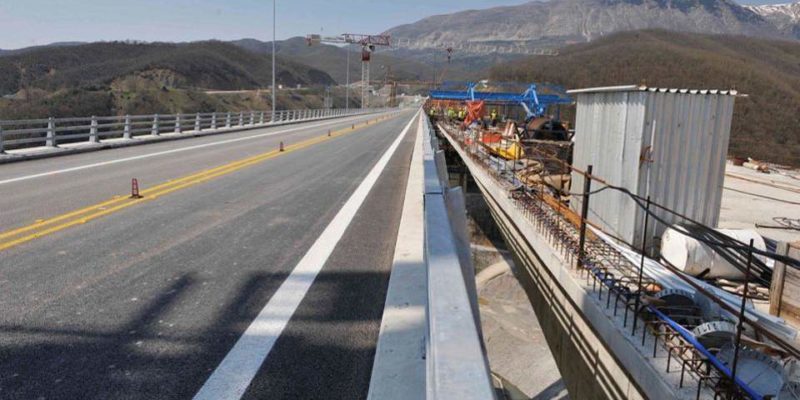 Most construction companies are forced to resort to providing steep discounts to survive in the current market situation, as the Ministry of Infrastructure closes its ears in the constant pleas of the entire technical world for the reformation of the existing system, which is deemed unsustainable by both small and large construction corporations. Hellenic Hydro Construction, a 6th Class company with decades of experience in the field, owned by the Gritsopoulos family, is a typical example of the problem. The company underbid in two calls for tender for projects with a total budget of more than € 80 million but after having offered a discount of 60.1% and 62.3%; respectively.
Specifically, the company underbid on the flood-proof project for the settlement of the Erasinos stream in East. Attica, with a discount of 60.1%. The aforementioned is a budget project of € 48.7 million, and (with) the Infrastructure Ministry is (being) the contracting authority. Accordingly, the company also underbid in the major road improvement project of the Drosia – Dionysos – Nea Makri axis, with the Attica Region as the contracting authority This is a € 33.5 million project, for which the Hellenic Hydro Construction’s discount reached 62.3%. The project includes the 15.5km advancement of the Dionysos – Nea Makri Provincial Road. The 3.71km are related to the improvement of the urban sections of Dionysos and Nea Makri, while the remaining 11.79km pertain to the enhancement of the intercontinental segment.

The company had previously participated in other competitions, such as the third, seventh and eighth contractors of the Patras-Pyrgos road axis, in a joint venture with the “Themeli” company, offering discounts of 45%-48%, which led it to the second or third place among the bidders. Ascertaining that this strategy does not produce any results, it was decided to increase the discounts to the point of avoiding losses, that is, almost to the cost of contracting, in order to at least generate cash flow and deploy the important construction mechanism of the company, as well as its quarry.

Besides, it is these elements that allow the company to offer high discounts as well as to reduce costs. However, it should be noted that market sources do not take for granted the assignment of these projects to the Hellenic Hydro Construction, assuming that competitors will lodge appeals, or there will be ‘complications’ in the process of accounting for their bid.